In my last post, I shared about three hurdles that have gotten in the way of my progress sometimes. The first is understanding how TIME works. This post in about FEAR and DOUBT. The next post will be about INSPIRATION.

The trip that clarified things for me

That mountain looked mighty big. In fact, it looked plain mighty. It was rumored that a rookie motorcyclist of less than a year’s experience was going to attempt crossing the Beartooth Pass in Montana. 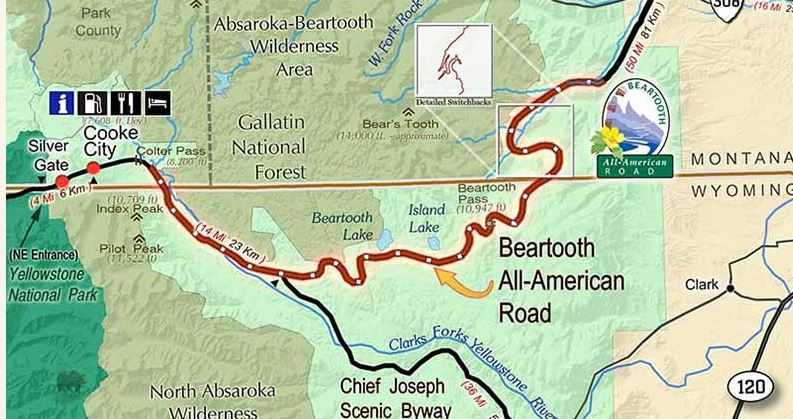 Sixty-eight miles of windy, curvy roads, and the highest elevation highway in the Northern Rockies. It is heralded as one of the most scenic drives in the U.S., but I don’t know how anyone who was driving would be able to see anything but the road in front of her. I didn’t.

It was July but we were pulled over to dress warmer in our leather coats, gloves, and balaclavas. Was it true that there was still snow at the top? 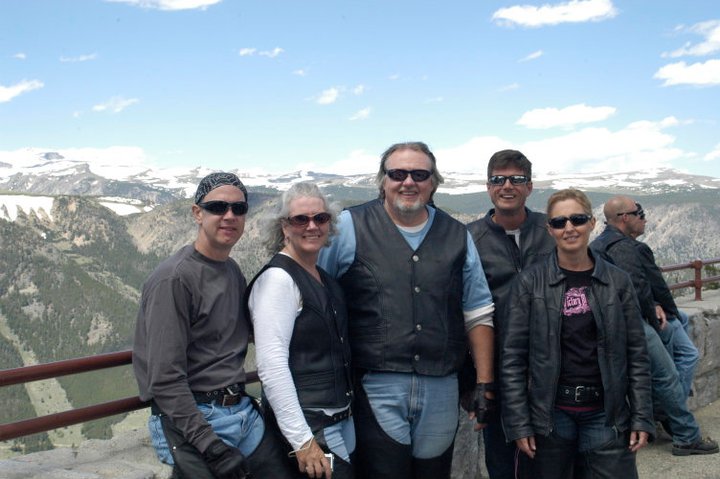 What are you afraid of?

Curves are hard enough, but managing the climbing speed on the Montana side, and then the downhill control on the Wyoming side meant finessing the clutch, the accelerator, and brakes while keeping the 658# bike upright. Though possible snow. What was I thinking?!?

We decided I should go first so I could set the pace. I would be followed by Jeff, then Troy and Janet, with Kevin last. I believe in following speed limit signs, even on a motorcycle, especially on the curves. They were all so patient and encouraging I didn’t have the heart to tell them I wanted to change my mind. Plus, I knew we were almost 600 miles from home, and either they went over without me and I drove back home alone, or they had to forfeit the trip. Sometimes it’s good to have that kind of motivation. Of course, I knew they would never have agreed to this in the first place if they – the experienced ones – didn’t believe I could do it safely. Umm, did I say this was my idea?

Holding a big bike upright is a lot easier if you are going faster rather than slower. I already knew this from the 1000 miles of practice I had in the previous months. Still, I wasn’t going to do anything stupid. And so we pulled back onto the road, with me in the lead, at about 25 mph. The first couple of miles were fine, like riding the Black Hills of South Dakota, and I relaxed a little. I had done this before, and I could do it again. But as we climbed, I started praying, “Oh, God; oh, God; oh God!!”

Troy zoomed by me. Then Janet. I started to sweat and feel like I was out of my league. They were out of sight, around a turn to the right. I made that turn and found myself in a topless tunnel of snow with walls almost 20’ high and a blue sky overhead. Up ahead on the side of the road I saw Troy, crouching down with a camera in his hands, ready to get my picture as I drove through the Pass. Janet was right there ahead of me; she pulled off on the slim shoulder but there was no room for me.

I kept going. All by myself; I didn’t see anyone in my rearview mirror. Around the next curve, and the next one. No one ahead of me. Then there was a large pull-off area next to a snow field. I made it safely and parked my bike. I realized how cool and windy it was but I was too hyped to be cold. Kevin and Jeff were suddenly beside me, smiling big goofy smiles, feeling the freedom and the accomplishment. I started crying.

The stress and the excitement and the relief washed over me. I had done it. Sort of – I had to get down the other side yet, but still, this was something amazing I had done. I was staying between the mountain and the wild blue yonder.We made it down the Wyoming side without incident, although there was a bad accident we had to drive by. I chose not to look but the others said there was a mangled motorcycle on the side of the road beyond the ambulance and cop cars.

I never doubted that I could do it. The question was whether I would do it. It’s one thing to know something intellectually, and it’s another to feel the feelings of fear, then step into that fear and do whatever it is anyway. If you’re like me, you play Devil’s Advocate with yourself, imagining all the What-Ifs that could happen, judging yourself before you even try. But I know the antidote for fear is preparation, followed by action. When you are tempted to let fear shut you down, remember that developing any skill is a process. If you try, you evolve. Good habits make us better; bad habits help us get worse. Understanding the situation from all sides is prudent. Having a back-up plan is responsible. A little teensy bit of fear is maybe a good thing – it keeps you alert and aware.

I have been known to ask myself, “I wonder what I would be capable of if I just would apply myself?” That’s not fear speaking; that’s laziness! I do enough to get by sometimes, and then I feel the sorrow of not having really tried. What has been working for me lately is the mantra that It’s my time to become the solution. I have shifted my mindset, to feel the fear and do it anyway, or to just get off my butt and do it anyway.

I sold Kevin’s bike a year after he died. Mine has been sitting in the garage ever since, waiting for the time I feel like riding again. It’s not doubt or fear that keeps me away. It just doesn’t feel the same without him. I had taken it out a few times that first summer after he passed, but that fire has gone out. I know I could if I wanted to, I just don’t.

I’m thinking I might sell it and buy a convertible instead.

in Confidence, Performance, Personal Success, The Duggan Difference.
tags
#courage #do it anyway #Feel the fear.