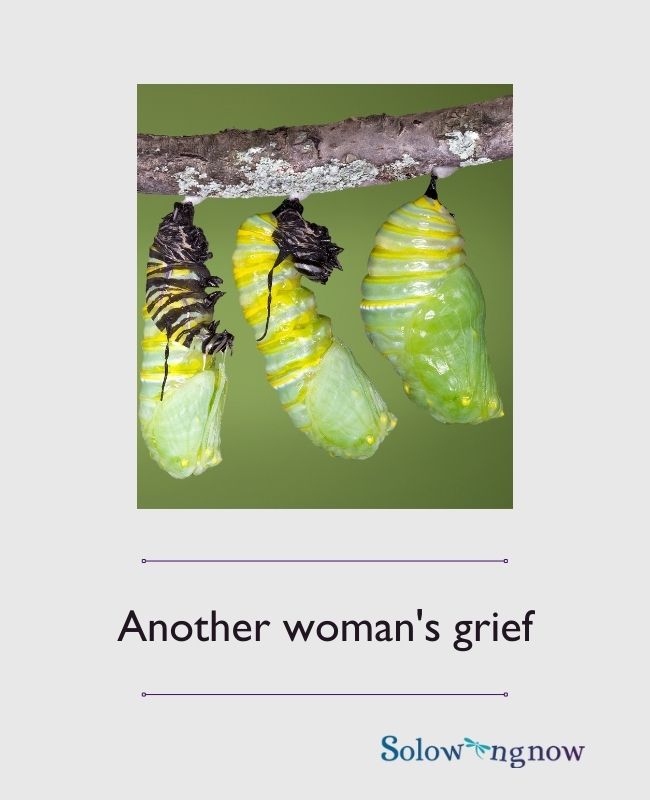 I saw a post on Facebook this morning from Humans of New York. It was a story about a woman whose husband has died; it doesn’t say when, but I had the impression it was a while ago. The woman says that she sleeps on a mat on the floor rather than in the bed they shared, she hasn’t changed anything in their apartment, she doesn’t even walk down the streets they used to walk.  I was struck by this, as it is so very, very different from my experience of grieving.

Kevin died in our bed, and I have slept there every night (when I’m home) – often on his side of the bed, sometimes in the middle, and occasionally on my old side.  I changed his man cave room furniture and decor and painted every room on the first floor of the house. I sold his motorcycle and boat. I go places we used to go and walk down memory lane, as well as seek out some new places. I watch movies we watched together. I talk about him and us to whoever will listen. I write him letters and talk to him every single day. In the global sense, I have changed everything except where I live, and I feel closer to him than ever.

So that’s one thing. But then I read some of the comments on that Facebook page. One after another after another said it was heartbreaking, and what a tribute to have “that kind of love.”  My own reaction was, Poor Thing! She’s stuck. How could I help her?  I know there are no magic, one-size-fits-all words, but I hope that when I finish writing my story, I will help someone somewhere.  To cling to “that kind of love” would seem to encourage the heartbreak status quo.

My grief has been an amazing time of reflection, remembrance, and growth. It isn’t exactly the same for any two people in the details, although the end result is often comparable at some point in the future. If I could sit with that woman for an hour over a cup of coffee, I think that is what I’d say: I  don’t know what your grief is like, because all grief is different. But I do know that moving on is scary, filled with worry that things will change and you’ll forget him or the way you felt with him at your side.  Instead, think of it as moving along, step by step, day by day.  Remember the good times, talk to him while walking those streets you walked together, show him you are okay by resting in your own bed, so that he, too, can rest in peace.  Your love story does not have to end because he’s gone, nor does it stay exactly the same because he is, in fact, gone.

But then, who am I to tell someone else about grieving? To judge whether or not she is stuck? To tell her she should walk those streets again? It is me who has something to learn from her: that it’s all good, we all get to choose how we grieve and do it on our own terms. Thank you, lady, in New York, for reminding me of this.