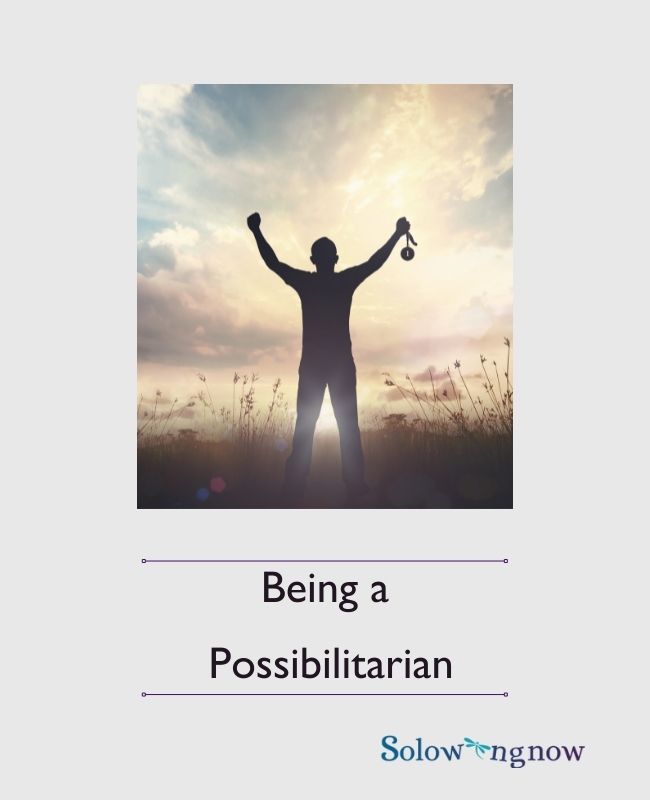 Lately, I’ve been working on a new philosophical mindset, or maybe it’s more accurate to say exploring an old interest in a philosophy of being a possibilitarian. Think of it as the next step up from being a positive thinker.   I went to see a woman in Richmond a few weeks ago, and I had “my bars run” which is a form of energy alignment by releasing negativity and other obstacles in our way, and opening ourselves up to more possibilities in our lives. Last Sunday I invested 8 hours and a few dollars and was even certified to be a practitioner in this. It’s called Access Consciousness. Here are a few shots from class.

One of the lessons I’ve learned is to reframe my daily affirmations to be more “possibility oriented.”  One of my questions to myself is: How does it get any better than this?  As in, what else is possible? The theory is that the Universe will show you how it gets better when I don’t try to restrict the outcome to what I think it should be. It has been a long and winding road since my days 20 years ago of reading The Celestine Prophecy, Something More Simple Abundance, Conversations with God, I’m Spiritual Dammit and Outrageous Openness.  Now I have a deliberate way to explore this even more.

While I have thought of myself as a teacher for a long time, I have never identified myself as a healer (except in a Mom-first-aid-and-related-parenting mode), or more particularly, a healer in Energy Work. I have benefited greatly from having Reiki, Healing Hands, deep tissue massage, salt spa, and other modality treatments, so I’m clearly on the side of believing in its power. I have also quietly kept pursuing my own form of “law of attraction” and “new thought” and similar positive-oriented philosophies. It happens that they align quite nicely with the work I have done more formally in leadership development.

So last Thursday night,, I was working on a presentation I was booked to deliver last Saturday. It was okay but it isn’t exactly as good as I wanted it to be. I asked the Universe how it could be even better, which is one of the pieces of this new Access Consciousness mindset.  Then I took a break and started looking for the Introduction I had prepared early on (for the introducer to use on Saturday ).  As I was looking through my Word files, I found that I had already written a draft of the speech a few weeks earlier from when I had gotten confirmation of the gig, and it was BETTER than the one I had been working on the whole week!  The pieces of the puzzle came together effortlessly. I had forgotten that I had already sketched it out. But once I asked a higher power to help me do this BETTER, there it was! I laughed and laughed. It felt good, I relaxed, and eventually, the program went off quite nicely on Saturday.

All of this is to say that since Solowingnow, I have given myself permission to be and do and have things I might not have pursued while I was married. Kevin certainly would have supported it, but the point is I would have held myself back. Now I think this is all part of the bigger plan, that I am here where there is plenty of support and teaching available to me, in a place that has no preconceived ideas about who I am or what I’m supposed to do or be. I have freedom here I don’t have when I’m a mom, grandma, sister, daughter, administrator, boss, even friendship with a 20-year history. Here and now, I can explore this other possible me.

It’s kind of cool to be me right now.

Oh, and I need to practice this on other people. I am assured I can’t do it wrong (breathe a sigh of relief here).  If you want to give it a try, give me a call or drop me a line. I need to do it in person, and you have nothing to lose but some time (30-45 minutes). When I had it done the first time, it was as if I had had a luxurious massage although my body had only been touched in minimal ways (head almost exclusively). Try it, you’ll like it!!