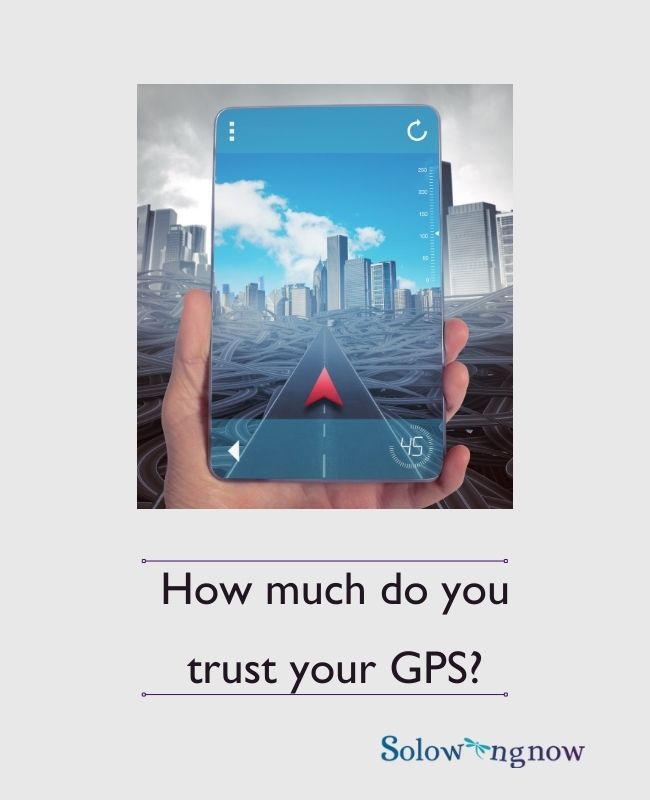 Last weekend I went to Pittsburgh for a conference.  I checked MapQuest and was prepared for a road trip of between 335 and 374 miles and 6 hours of drive time, depending on the traffic and the route selected. When I set my GPS (who I call Gypsy), she gave me options of 377 and 380 miles.  Off we went.  She always gets me where I want to go, although sometimes I have to wonder at her logic and what she knows that I don’t know. This turned out to be one of those times I seriously argued with her!

We (me and Gypsy) had gone the first 20 miles when she told me that there was “stop and go traffic ahead.” I could visually verify that; red taillights were in abundance and traffic was nearly stopped.  She asked if I wanted to reroute around the traffic, and I said yes.  Big mistake.  She apparently thought I meant to take a different route entirely because we never did get back on that interstate.  I was enjoying the scenic detour through most of Virginia and was okay with skirting Washington DC.  But then I found myself driving IN the mountains of West Virginia, sideways to where I thought I should be.  I ended up on a National Historic Scenic Highway or something, which was interesting, but my trip ended up taking 9 hours and covered 408 miles, at about 35-40 mph!  Which wouldn’t have been all bad if I had gotten to my destination.  Instead, I was somewhere in Pittsburgh but not downtown where I wanted to be. After a few tries at deleting my destination and resetting it and one phone-a-friend call, I got out my phone and had Google take me the last 15 miles.  Admittedly, I never ran into any road construction or slowdowns after the very first one, but Jeez, Louise!

On the return trip, I dubiously set my Gypsy again and verified the route.  It took me the reverse way I thought I would have taken on the way up, so I was comfortable with that. It was 380 miles and 6 hours of drive time.

It’s funny that I trust my Gypsy, but not all the way.  Life is like that, too, I guess.  I mostly trust people until they show me they can’t be trusted. I trust some brands and not others, based on my own experience, but occasionally taking someone else’s word for it.  And I start out trusting something, like Gypsy, but then if she takes me somewhere and I think I know better, I will just not follow her directions.  She tries and tries to get me to “make a legal U-turn,” but only until I shut off her guidance.

Why is it so hard to trust – to give up control and just go with the flow? It is interesting to me that right after Kevin died, I seemed to trust everything, but in retrospect, I wonder if it was just apathy? My internal GPS didn’t care enough to battle for control. I was too tired to fight the good fight.  But now that I am adjusting to my new life, I find myself arguing with a computer in my car, defiantly not taking an exit she wants sometimes. Is it because I want my life back in my own hands again? Is it because I have now changed and I don’t care what others think – even if the other is a computer? Is it because I value my time more now and don’t want to do this joy ride when it is going to mean less time with my friends? It’s something to ponder.  A road trip with no destination in mind and the purpose of which is clearly to just go where the road takes me is not the same as having an endpoint and time in mind. I’ll take my motorcycle when I want to wander. My Gypsy is on a time-out for now.

How about you? Do you argue with your GPS? Do you follow it faithfully? Maybe you rely on paper maps? Or do you only go where you have been before? I’d like to hear what you have to say and to know I’m not the only one…