The struggle is real! With insurance, you are basically betting against yourself that something is going to go wrong, and that it will cost money to fix, and you try and share some of the financial risk with a bunch of other people so that if that something does go wrong, the pain won’t be quite so bad as it could be.

You might recall that last year at this time I was dealing with my homeowner’s insurance company due to a mold bloom on my garage ceiling, It was discovered that I did not have a pipe break, or any other “event,” that would trigger a payable claim under my policy due to the obvious water leak from above. This was determined by two roofers, who first verified I did not have a roof problem; then two plumbers who verified I did not have a pipe break; and then two contractors who ultimately would be considered for repairing the source of the problem, which was in my bathroom shower. The first contractor assured me that insurance would cover it, and their bid was a bit over $14,000. The second contractor would not guess what my insurance might cover or not, and his bid was labor plus materials I provided. (I paid out $5000 total out of my pocket.) I contacted the insurance company, who sent an adjuster, who told the second contractor to cut a hole in the ceiling of the garage to see if he could determine the cause of the leak…and that he would pay for that. It looked like the floor was wet and rotted, and so the adjuster asked the contractor to remove tiles from the shower floor and see if there was a crack in the shower pan. It was discovered that whoever installed the shower (prior to my purchasing the house 7 years ago) never installed a shower pan, and the tiles were placed directly on the subfloor, causing the floor to deteriorate over time. Claim denied. But the insurance did pay $700 for the contractor for the cut and repair of the garage ceiling hole. 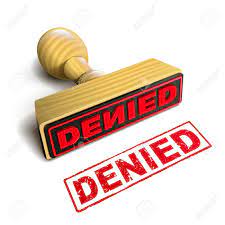 Fast forward a year. I get the renewal premium notice for my homeowners insurance, which has increased by approximately 22%, or $220. I decided to shop around.  I settled on a company that has a good reputation and was recommended.

The initial rate I was told by the agent was $800, which was 11% lower than my current company’s rate. Score! Wrong. Insurance companies have a sweet network of data about every home and homeowner…and auto and auto owners, too. It also turns out that my current policy shows I have a claim against it, which now caused my new company to adjust its offering. Never mind that the claim was DENIED; they paid out to the contractor to determine the cause of the leak … so they could deny that claim. But now I have a bad mark on my history. The new premium up at almost exactly the same as my current company, but it does offer much better coverage. And I’m not happy with my current company, as you might guess. So I am changing companies.

My auto policies are bund

led with my homeowner’s policy to get a discount. I am asked about switching my car and my truck over to the new company as well, and I take the bait. Any tickets? No. Any claims in the past five years? No. Except last year, apparently, when I loaned my car to my neighbor and she had a fender bender. The neighbor and I had already agreed on her purchase of the car from me when this happened. I called my auto agent to ask about fixing the car, and the amount they would pay barely exceeded the deductible. So I decided to not file a claim, and the neighbor agreed she would fix the car herself, since it was her fault, after all. Yet, it turns out the new insurance company shows I had a “claim” on the car, even though I did not actually file a claim, I just reported the accident and asked about coverage. And now the new insurance company has to push their rate up accordingly. It’s not the agent’s fault, I understand this. Yet, the Monopoly game is clearly being played, and I am not collecting my $200 when I pass GO.

Now, you might think that this is just a bad day in Paradise. But it doesn’t end here.

The new agent is writing the homeowner’s policy. Which is in my name. And has been for almost 7 years, since my husband died. But it turns out the official title in the county records still shows  Kevin’s name on it. I tell the agent this is an error, because I refinanced the house after he died and I distinctly remember seeing the new deed that reads “Patricia A Duggan, a single woman.” Not something I would forget. it has been a 7-year ongoing struggle to reclaim title to everything, including my utility accounts!  Unfortunately, though, I cannot find the deed or any other papers relating to the refinance. I recently reorganized my office, so I know where things used to be, but they aren’t there any longer. I searched once, and then twice, and then again. Then I waited two days and started over in my search. Nada.

Then I think, “Wait, so much is done online now. I bet I have them on my computer.” An exhaustive search of my computer turns up a closing statement that I provided when I had my tax return prepared for that year. It has the title company’s name, and the agent who did the closing.

This morning I called the number, and the same woman still works there. She looked up my online records. They never filed a new deed because it’s not required in Virginia; all I have to do is keep a supply of Kevin’s death certificate and provide that when asked. So fun, as you might imagine. Well, actually, So No Fun!!!!!! I told her I was sure I recalled the very conversation about a new deed, and that I had seen a deed with my name on it only. All she could tell me is that they didn’t charge me a recording fee, so they didn’t file one.

I am stunned. I used to work in a law office. I actually did title searches as part of my work.  This is not something I would overlook or even be casual about, and I happen to know what I’m talking about. I have bought and sold and financed many properties as a married woman, as a divorced woman, as a remarried woman, and as a widow. I  asked the closing agent for a copy of my documents from 2016, but after being referred to the law office side of the title company, I am now referred to the “post-closing office” in another town. It will take a week to get them from storage.

I’m on a mission now, although Murphy’s Law is now in effect. I have decided to pursue another refinance, or more accurately, an Interest Rate Reduction Loan available on VA guaranteed mortgages. You can be sure that a new deed will be prepared, necessary or not, and that it will read “Patricia A Duggan, a single woman.” Even though I would really like it to say “Patricia A Duggan, Solowingnow.” What do you think the mortgage company will say to that???

If you don’t have your ducks in a row, and someone else shares title to something you own jointly, please give some consideration to keeping good, complete records that either one of you can find if the need arises.

More importantly, if you find yourself dealing with someone who has had to run the obstacle course of accounts and titles while staying afloat in a grief storm, please please please be kind, be helpful, be patient, and be careful.  You’d be amazed how easily something stupid can come out of your mouth.