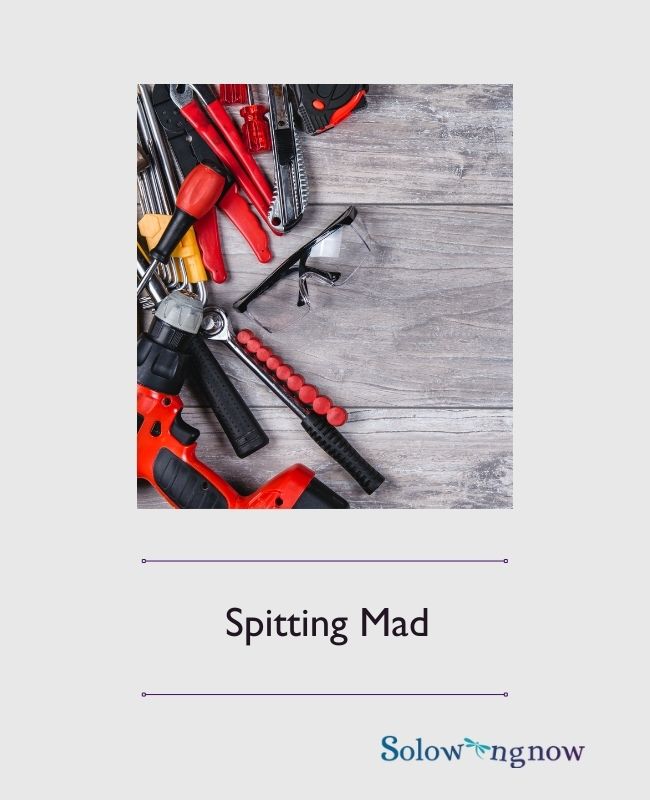 Do you have times when you are just SO MAD that you want to spit tacks and cry? Maybe even say a few choices bad words? And blame someone who is not present?  I rarely have gotten this mad ever, but right now is one of those times. And it’s stupid really.  It has to do with Kevin, who not only is not here but won’t ever be back, and I can’t have him fix this. What’s “funny” is that when he wanted to fix things for me, I would often refuse that help.

So here’s the deal. We bought this nice bbq grill for camping a few years ago. He used to take care of it, to the point that it was washed down

after EVERY use and stored in its box. The other one we had for the house was a smaller WeberQ, just big enough for 1-2 people to use on the back deck.  The home one was connected to a 5# propane tank, and the camping one, which didn’t get used as much, has a tank about half that size. When I had the garage sale a month or ago, I decided to keep the camper grill and get rid of the small one, only because the camper one was almost new and the other one was in fairly crappy condition after nearly 10 years. Kevin used to cook outside a few times a week, but I have not used it in the past 2-1/2 years. (This one he didn’t clean much at all.)

Today was the day I decided to do the switcheroo because I’m having some friends over for supper later and wanted to grill outside. I have all the pieces and parts. It’s where I want it. I got the hose disconnected from the old grill and planned to hook up the larger propane tank. No can do.  Mr. Manly Who Over-Tightened Everything had that hose thing on so damn tight I could not undo the tank.  Outcomes the pliers, then some WD40, now a hammer, even a rubber band for some grip.  Nope. Kicking didn’t help, neither did swearing and grunting and blaming and fuming.

Okay, Plan B.  I decide I will just connect the smaller tank to the newer grill.  Easy enough, although I am not really sure how much propane is in it because it feels rather light. So I lugged both tanks into the house and up the stairs to the bathroom scale.  (Yes, I know I could have brought the scale down but it’s a fancy-schmancy one Mr. Manly had to have and it isn’t so transportable as you might think because of the cords and separate display thing.)  One tank weighs 32# and the other 11#.  For sure the bigger one has propane in it, but not so sure about the smaller one.  So now I’m Googling tare weights.  Still don’t get it completely but my option since I can’t undo the big tank is to hook up the smaller one and see if it works.

Hook-up is easy-peasy.  Yay! Turning the Open-Close knob is not.  It is so tight and the space for hands is so small I am afraid I will either break fingernails or gouge my knuckles. We have had this argument several times – ever since Mr. Knows-It-All forgot to turn the tank off one time and emptied a new tank overnight. Since then he turned it off every time, tight. I couldn’t turn it on by myself most of the time, but he was usually there to do it, so I let him.

Until now. Six of one, half dozen of another. Can’t hook up one tank, can’t open the other. I’m sweating like crazy and will have to shower again before they get here. So now I’m on to Plan C for dinner.  Chicken breasts go in the freezer, beef in the freezer comes out, along with buns. And things go from bad to worse.  The buns appear freezer-burned. I boiled the eggs for the potato salad but I forgot to cook the potatoes. It won’t have time to blend (something he used to tease me about).  The fruit salad hasn’t been made yet. The iced tea I made is weak and tasteless. Dishes need to be loaded in the dishwasher. Banging the pan in the kitchen doesn’t make me feel better either.

I have strong neighbors who would likely be happy to come over and help me out if I asked them. But I want him, Mr. I’ll-Cook-Tonight, to be here and do it. I want him to listen to me tell my stories of my recent vacation to the guests. Better yet, I want the stories to be about our vacation instead of my vacation. Or at least so I can spit tacks at him and tell him for the hundredth time to NOT overtighten the damn connections.

And now, it occurs to me as I write this that I’m really mad because he died. Every time I think I’m moving on, I find a stupid reason to hold back.  I think maybe this is a step I have missed in my grieving, this getting mad. You just can’t skip any of the steps, or you keep coming back to this place on the path until you get it all done. Whew! Guess I’ll go make some potato salad quickly and get those dirty dishes out of sight. Tomorrow I will ask for some help with the damn grill(s).