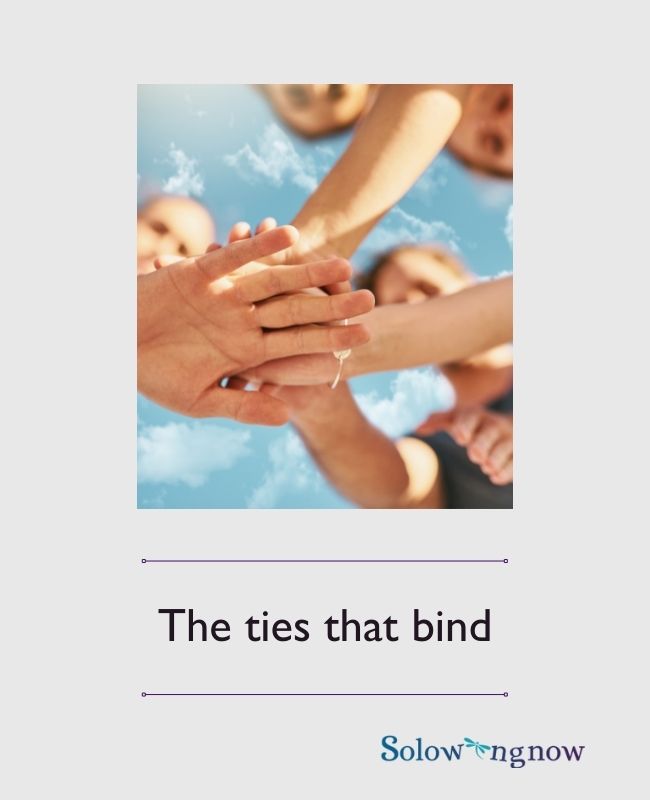 One of the more difficult realities after a spouse passes away is the level of familial relationships that are retained or maintained or just fall away. It’s not the same as a divorce, where both spouses are still around and often friends or family are pressured to take sides.  But especially in a second marriage, where there was a divorce previously, there are some occasional awkward times that can grow more uncomfortable as time goes on. In my case, there are also miles between us, making it easy for all of us to neglect our relationship.

I’ve been through my own divorce, and that of my parents also. So I know something about this.  I was fortunate that in the care of my parents, there were so many other intertwining ties that family events involved many of the same people anyway.  I’d have to say I actually had a good model for how to stay on friendly terms with the rest of the family af

ter the decree. If Kevin and I had divorced, there is no doubt I’d never had a continuing relationship with his kids. We just were never on the same plane.

But a death adds a layer of complexity, especially when the children are his and hers, and are mostly adults already

when you get married.  And you live at least a thousand miles away…or a few hundred anyway for about half of the time, so physical contact is nil.

It’s hard to know what my role is at this juncture – nearly 1-1/2 years later. There is not much contact of any kind between his kids and me, or for that matter, between his brothers and me. I do talk with his Mom about once a month or so.  Now the first one of his kids is getting married.  The uncles and grandma are not planning to attend the wedding. Kevin should be (and would want to be) represented at the wedding, and he will be there in spirit and in the brother and sister and niece and nephew of the bride.  No matter what, I know it won’t be the same for the bride to not have him there.

And I won’t be there either. It’s unfortunate timing that I’ll be near there just two weeks before that for the graduations of my niece and nephew.  Yesterday, I was asked if I  would be attending the wedding, and I said I felt like I was really just someone they used to know since there hasn’t been much communication between us at all.  When that made its way back to the bride, she contacted me and said that although we hadn’t been close, she never thought of me as just her dad’s wife.  She said she thought I was “the most amazing spouse for my dad and now that he’s gone that means more to me than you will ever know. I feel so at peace knowing that he left this world a happy man and we have you to thank for that.” So yeah, I’ve been crying for the past two hours over that. Just when you think you’re about to move on, you find you’re about to step into some quicksand.

So if it’s true what Neale Donald Walsch said in Conversations with God (and I believe it is true), that the only reason to do anything is as an expression of who you are, the question I must ask myself is, do I cut these ties that bind, or do I mend the edges that are frayed?  It’s not about what they will think, or even what I might want them to think of me.  It’s about how do I see myself in this relationship, and how do I express that?  I have offered to meet up with them when I am back for graduations, and at least the bride has accepted. It’s a start.