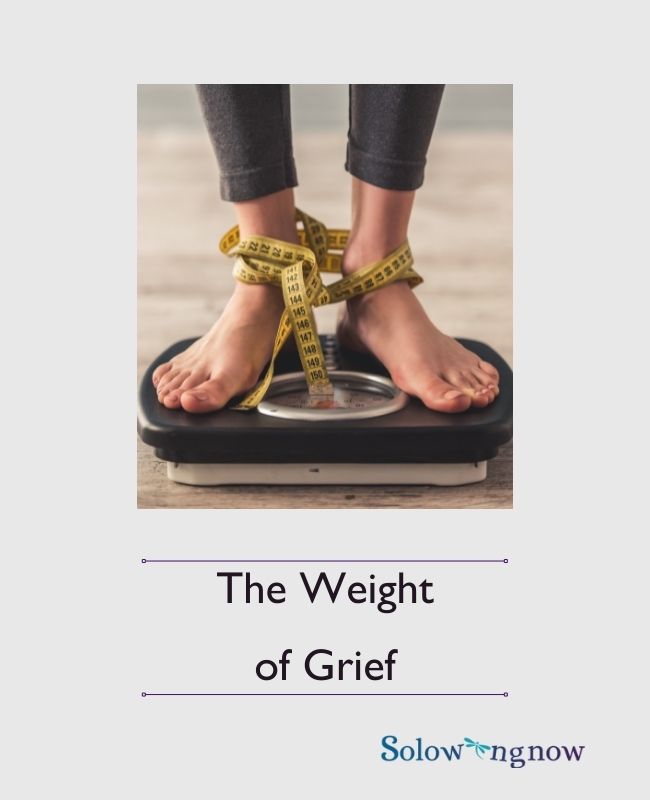 I’ve noticed lately that I’ve been gaining weight. It’s very likely not new, only that I’ve paid more attention lately.  I’m blaming it on the grief eating I do.  Which is all well and good for a while, but I’m knocking on the door of 2 years, and it’s time to stop playing that card. No more excuses.

I won’t look like I did 20 years ago, but I know there is a healthier me inside kicking to get out.

As soon as Kevin died, I stopped eating.  I felt sick to my stomache and could barely keep down anything.  That lasted for about a week. Then I started to eat little bits but I had no appetite. I lost 17# the first month. Admittedly, it was all weight I could

afford to lose. The stress of moving here, starting a new job, in a new state, 3000 miles from my kids, took its toll.  Plenty of our explorations in the area included going out to eat, finding new local mom-and-pop restaurants, riding, and stopping for a bite.  It was like being on vacation for a year, and nobody watches what they eat on vacation.

Eventually, I started eating again, to soothe myself, reward myself, tell myself I deserved it, in the name of being kind to myself.  I tried cooking for one, but that didn’t work, so I cooked for both of us like I used to, on the theory that I would have leftovers.  But too often I didn’t have leftovers; I nibbled my way through it all.

Kevin and I had been early morning walkers, which I stopped also.  I watched way too much television – or at least I had it on.  I couldn’t concentrate for months, and I have no idea what I watched. I couldn’t read a page and remember it, so I gave up on books for a while.  Contrary to my former behavior, I started eating while watching tv.

At least while I was working, I tried harder to look like I had it together, dressing decently and needing for my clothes to fit properly.  When I quit last fall for this sabbatical, I found the joy of yoga pants and elastic waists.  I got in “flowy” clothes.

But no more. I’ve been on the verge of starting a new lifestyle plan for a while, and last weekend my friend Karine brought over a documentary for me to watch. It’s called Fat, Sick, and Nearly Dead, or something like that. A guy named Joe Cross from Australia faced serious health challenges due to his weight, and he started juicing and exercising.  It’s a great story, and of course, has a happy ending: he lost the weight, helped other people lose weight, and probably made millions off his story, his book, the documentary, and his Reboot juicing plans.

Yes, we’re going to do it. In September, because I have three out-of-state trips to manage yet this month.  But I’m doing some early prep work, starting with more fresh fruits and veggies, and one juice per day for breakfast.

It looks like I prefer cucumbers in a creamy or vinaigrette sauce to cucumber-infused water or in juices!  I also think kale is nasty.  But I also am only buying pre-made juices at the grocery store right now instead of making my own, which I think will help me find veggies I like better. I am on the hunt for a good-enough juicer now.

I believe that losing the physical weight will help me get rid of some other mental baggage I’ve been carrying around, too.  Like survivor’s guilt, victimhood, and mild depression. Maybe I’ll even find the energy to deal with some of Kevin’s things that are still in the closet or the garage or attic. So wish me luck!