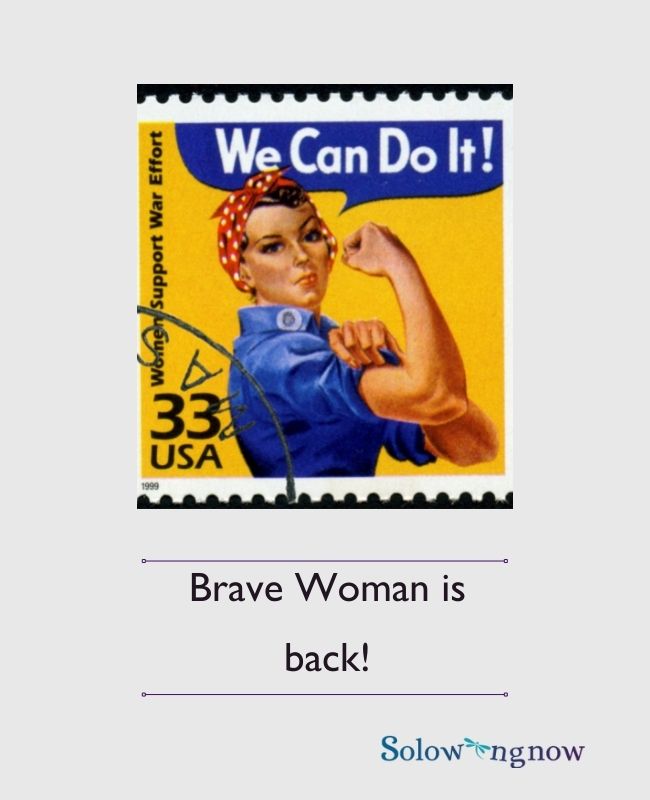 It’s July and I haven’t had the camper out yet except to clean her last weekend. That’s about to change as I get ready to head to the Eastern Shore and see “the ponies swim” at Assateague and Chincoteague. Wild horses are moved from one to the other island, I guess similar to how the buffalo roundup is done in the Black Hills of South Dakota. So I’m going to go watch. We will miss our Buddy.

Except for possible extreme heat and humidity (it is July, after all), it should be a good time. Oh, and bugs. I’m told it is a haven for skeeters and other such annoyances.  Not to worry –  I have a 40-proof DEET.

What I like most about camping can’t be narrowed down much, but here is my Top 5 List.

1. The very idea of camping, in the woods or near the water, conjures up images of relaxing and slowing down. It’s a break from the psychological pressure (self-imposed) to do the laundry that is waiting or mop the dirty floor, or pull weeds, or pay bills, or vacuum up dog hair that is ALWAYS in the back of mind home. I have NEVER vacuumed dog hair while camping, I’m happy to report. And mopping is limited to once a year – when opening for the season.

2. Getting back to nature. For some reason, I almost get in those elusive 10,000 daily steps when I’m camping. I walk at least 2-3 times a day. I usually take the dogs twice, and then I gift myself one solo walk where I don’t have to worry about ticks hitchhiking or piggybacking on my boys, or other dogs to tease and bark at. I breathe deeply and just let my mind wander. And I see such amazing sights. Water, wildlife, wildflowers, secret paths, and history leaving its mark someway, somehow. Wide-open spaces. Ah, the vistas and views.

3.  Food cooked over a fire…even though I admit I enjoyed that more when Kevin did the cooking. Now I tend to use the stove inside more than I ever did before. But food tastes more succulent, more flavorful, more natural. I don’t overeat, and except for trail mix when playing a board game maybe, I eat only when I’m hungry. It’s a great connector to meet the neighbors, too. No one is shy about saying that something smells good, and the conversation just takes off from there.  My favorite – which I haven’t had since SD days – was oven-baked oatmeal for breakfast, which Kevin would fix in a special Dutch oven he got just for me and my oatmeal. (He wasn’t a fan.)

4. Memories are made here. I remember Don making margaritas in a blender that had a lawnmower motor or something. The storm sent me to the nearest hotel. The Scrabble games. The buffalo was so large we didn’t see it! Or maybe we just didn’t believe it was real. That humongous turtle. Climbing that ladder while geocaching. Gabe and the ax in his foot. Mt Rushmore lit up at night. Molly chasing Buddy around the campsite. The rattlesnake in Nebraska. Waking up to snow. Being pushed around the campground in a wheelchair on my 50th birthday. Kevin, Jeff, Gabe, and Andrew fishing in the fog and rain. The never-ending sunlight in Saskatoon. When the water heater started on fire. The garage sale where we got those bags of books for $1 and spent the entire summer reading every chance we got. And more….sunsets in the Badlands, melodrama at Medora, the Peace Gardens at ND/Canada border, Truman house in Missouri, Little House on the Prairie in DeSmet, Lake of the Ozarks, Custer State Park in the  Black Hills.  And the Piankatank – just saying that name of the river is fun!

Bonus! I know I said 5, but I just thought of another really cool thing.

6.  A chance for my inner child to play and create and dream. Judgment gets left behind. Ideas spring up. Crafts are begun and abandoned without regret. Acceptance is high. Observing and daydreaming are encouraged. All pretense is gone. For a few days, I get to be Brave Woman again, living off the land so-to-speak. I believe I can do things I don’t normally get called on to do out here. All things are possible, or at least worth trying. And that’s a feeling I’m in need of. Lately, my body is telling me I need this time for introspection and reflection, to remember who I was and figure out who I am, and envision who I want to be.

So, yeah, Brave Woman is going camping for a few days.  I might usually look and act and sound like a city girl (or at least a townie), and I don’t exactly “rough it” while I’m out there. I don’t need to explain it; it makes perfect sense to me.  This time ocean, next time maybe mountains.  Here I go!