I made an on-the-spot decision a few weeks ago to finally deal with the rest of Kevin’s hunting, fishing, motorcycling, golf, outdoor, and other guy stuff. I just decided that the day had arrived, and I went into action. That’s one thing about me; it may take a while to finally decide, but when I do, I’m all in!

His things hadn’t been in my way, since the majority of his gear was in one of three attic spaces in the house, so I didn’t have to look at it or work around it. The remainder was stored on a loft I had built in the garage after he died. The problem with enough space is that it’s easy to ignore what you are hanging onto.  As it happens, our neighborhood was having a community yard sale in a little under 2 weeks, so the timing seemed right to purge. 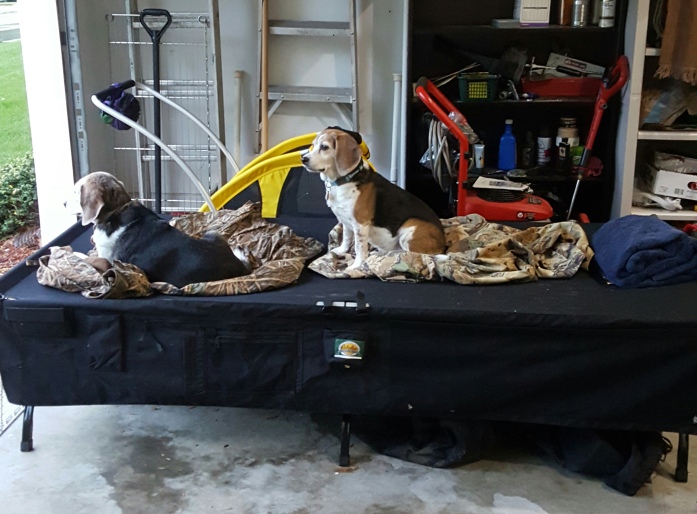 It’s been nearly 2-1/2 years since he died. I thought it would be easy enough by now to finally get rid of his things. Unfortunately, it turns out all his stuff – even stuff I didn’t know he had – has apron strings (or in his case, bungee cords) attached to memories. Not only did I have to exert myself physically to drag boxes, tubs, and clumsy chunky things down two flights of stairs, and organize them in the garage, but I got a renewed flood of memories of our years together…and some speculation about him before us. (Some things I didn’t know he/we had, or what they were for, or why we had 3 or 4 or 8 of them!)

The good news is that I was mostly laughing through my tears. When it got too hard, I texted my brother or called a sister. They had some of the same memories, although from a different perspective.   The motorcycle rides, the camping trips, the holidays, that reunion at the cabin at the lake.  Telling Dad what LLC stood for when we all rode into Welcome that day.  The houses and yards we had designed, refreshed and lived in,  The discussion of how many guns or fishing rods he needed versus how many pairs of black shoes I needed. The wood carving tools and the smoker grill were gifts from Buddy and Bo to him on Father’s Day. That day when he put on his blaze orange coveralls and drove my motorcycle home for me after it had a new belt or something put on it, in the snow and freezing cold. The walking stick he had carved, and we were glad we had with us when we came upon that rattler in Nebraska. Golfing and the M&Ms he cajoled me with (I got a handful every time I swung and DIDN’T miss hitting the ball).  The bicycle rides pulling Buddy behind us in a pet Burley. And more.

As I pulled clothes out of Rubbermaid tubs and sorted them on the couch, the dogs pulled them onto the floor or found ways to snuggle up in them and smell Daddy. When I put the cot up in the garage, the dogs immediately wanted up and then found their way straight to the foot of the cot where they napped with Daddy when we went camping. These were the harder tears.  I’m sure that they, too, were reliving memories.

Letting go is painful, and it raised all kinds of questions.  How do you put a price on a memory? What has value? What IS valuable? How much stuff do we really need???  Why have we kept what appears to be junk or at least stuff we know we do not and will not need (like the kingpin stabilizer thing for the 5th wheel camper we sold almost 4 years ago)? How do you cleanse the profit so it doesn’t feel like blood money and you can spend it with a smile? What am I going to sell that I will want next week, or someday?  How do you reconcile the fact that it’s been 2-1/2 years and you are still crying? What is the difference between “letting go of” and “getting rid of?”

Well, the garage sale came and went. In the end, it was a good feeling to release the physical STUFF.  Then I also decided it was only fair to take some of the same medicine myself, and I have now managed to accumulate four excess boxes of my own clothes, plus one box of shoes and boots.  I called the Viet Nam Veteran’s place, and they are coming to pick it all up in a few days. They will also take the remainder of the things that did not get sold at the garage sale. I truly wish for others who need these things to be able to get them at whatever wicked-good prices the thrift store will determine.

It’s interesting how easy it was to pull my own things off the hangers.  They are all articles I know I can replace easily if I want to.  It turns out I can replace his stuff, too, if I want. I can never replace him, though, and I don’t have to. I still have him and my memories in my heart.

So, the question was about value.  I got more than I bargained for: 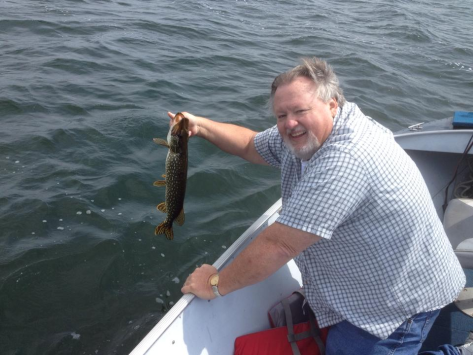 All in all, the value was way more than the dollars. Priceless, truly.