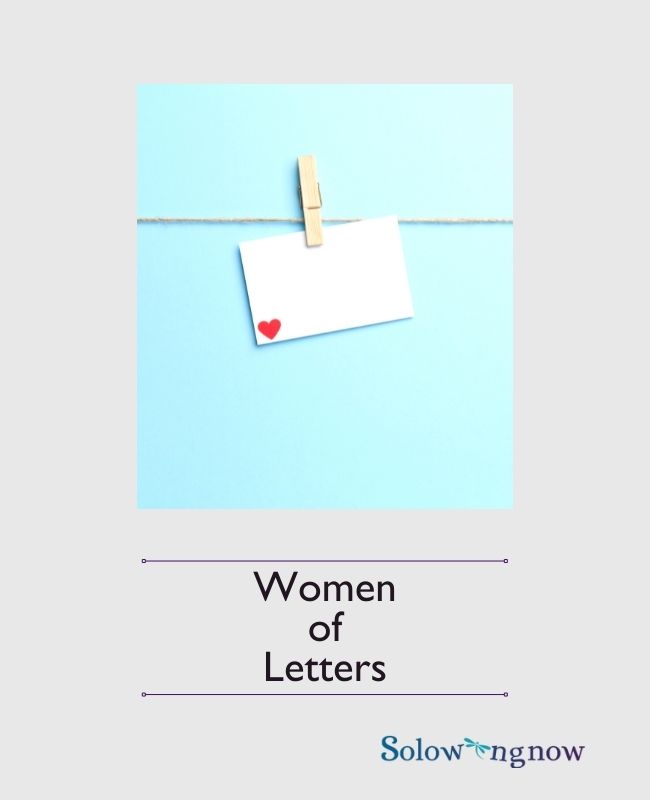 I wrote today, and that made it a good day. Not just another few hours at the keyboard this time. Not just a work plan, or replying to an email that required an explanation, nor this blog post.

I wrote a letter to a friend. Four pages, handwritten, blue ink on yellow paper, folded in thirds and then in half to fit inside a card I bought. 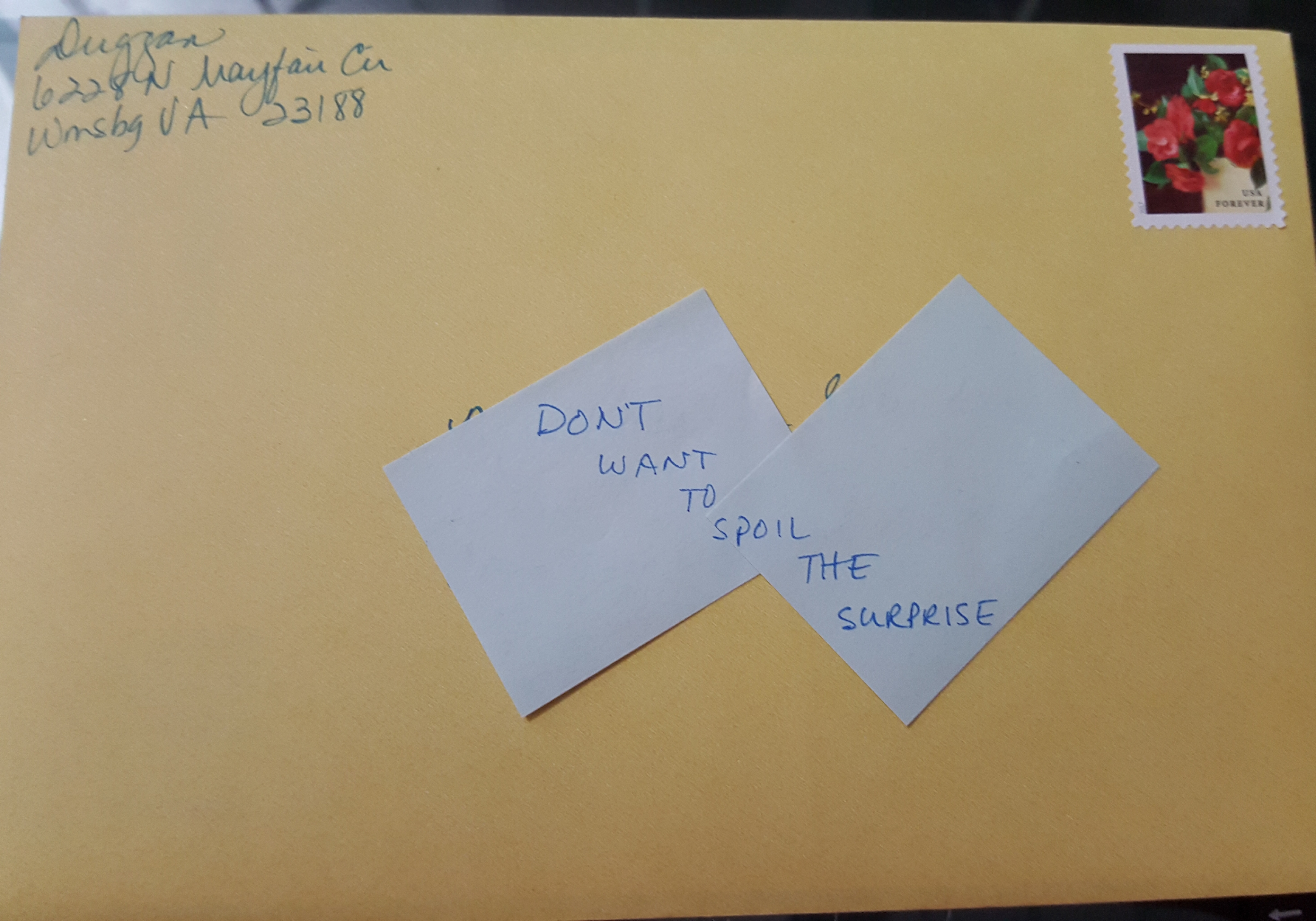 She will be pleased to get it, since most of our contact over the years has been phone calls or an infrequent visit. I wish I was getting a letter. I told her a secret. I’m excited for her!!

My mom used to be a big letter writer. She corresponded regularly by mail. I remember once she made some comment about being bored, and I suggested she write a letter to someone. Her reply was, “Well, I can’t. I don’t owe anyone a letter.”  Yeah, that would be bad, an insult that the other person had not responded quickly enough or had missed responding altogether. Anyway, I remember she would sometimes watch for the mail to see if she got anything that day, just as excited as a kid. It was her connection to something, someone outside our house. Fortunately, when I left home she wrote to me even if I hadn’t written back. I guess the rules can be bent for children, even if they are adults. Mostly she told me about the weather, occasionally some news from the Gazette, our local twice-weekly newspaper, and once in a while an update on a family member or neighbor I may or may not have known. So maybe I got my love of letters from her. She kept some of the letters I did manage to send her, and now that she is gone, I have them back. It’s a treat sometimes when I miss her to sit and reread them.

I still have three letters from my first husband, all written in the early stages of our courtship; my first love letters, more than 40 years ago. Even though we divorced, they are a reminder of young love and that although it didn’t end well, it started well enough!

Kevin was not a traditional send-in-the-mail letter writer, but before we got married he used to email me almost every day. He lived an hour away, and phone calls still cost money. We both had jobs and kids with activities, so sometimes all we had was a few minutes here and there. Those were the days of local internet providers, too, so I don’t have access to those emails any longer. He gave me cards for Valentine’s Day, Mother’s Day (from the dogs), my birthday, our anniversary, and even Christmas. I kept many of them.  And I do have two voice mails I have saved from shortly before he died, both less than a half-minute of his voice asking me to call him when I had a minute. Still, there’s something about a letter… I wish I had even one from him.

My journal the first year after he died was almost all letters to him, telling him local news and about how I was feeling. He died unexpectedly, so this was my way to say all the things I didn’t get to say when he was here with me.  The letters were my way of not just processing his death but saying goodbye to him and the future I thought we were going to have together. The second year saw a slight shift. My journal became public with this blog, so my posts were more about him, not to him. This gave me a bit of distance, creating that space where I could prepare for not just a new life without him but a new me in that scenario.  And now I realize I write about me and my world, with an occasional mention of him. I can’t say the circle is complete, but it is the sign of the times; I’m healing and moving on.

An interesting thing about writing this letter today is that it gave me as much joy as I hope it gives my friend when she finds it in her mailbox. It validates me as a writer, too. I’m spending a lot of time at my desk on the computer lately. It felt good to have the slight weight of a pretty pen in my fingers as words flowed out. Time slowed down for a bit, and I still feel  relaxed, as if I had meditated a while.

She’ll wonder if it’s an Easter card (it’s not) or a very early birthday card (it’s not). But when she opens it and finds the letter, she’ll probably set it aside and make sure she has a fresh cup of coffee and uninterrupted time. That’s what I would do.

When is the last letter you wrote – that wasn’t a mass-produced Christmas Letter or a quick autograph on a $4.95 Hallmark card? I’ll bet you know someone who would love to get a letter in the mail. If you can’t think of anyone else, there’s always me!!